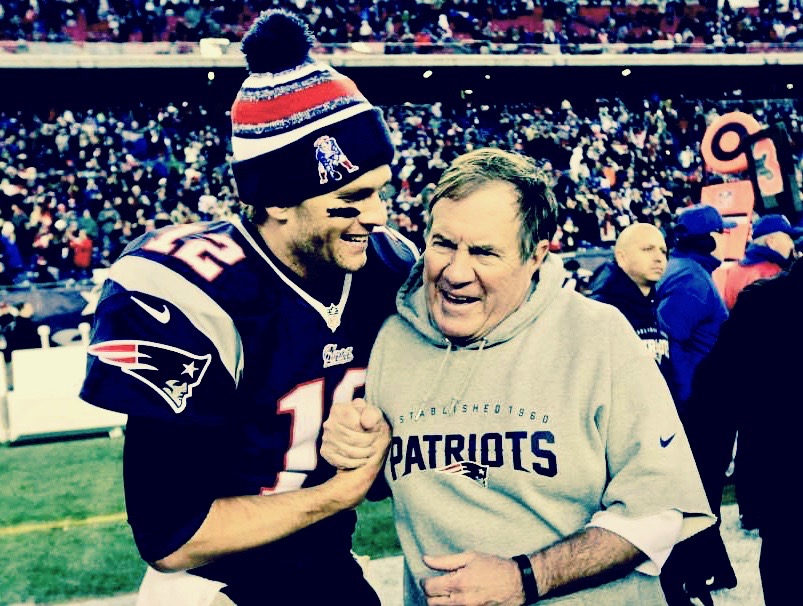 Turns out the sky is not falling in Foxborough!

The New England Patriots are a model franchise many envy. Their whole structure is based on their leader’s mentality and his way of getting things done. That’s Bill Belichick. Mr. GOAT himself. His handling of all interactions with the outside world are legendary, his coaching methods too. His brilliance is a given and the acknowledgement surrounding his name cemented. In short, he is already in the Hall of Fame. He knows it and he doesn’t care what you think. His weapon of choice is yet another GOAT, Tom F*in Brady. Yes, the one with the supermodel wife. Their team has won five rings in a span of just 16 years. Their accomplishments are usually taken for granted due to their continued excellence.

As you can imagine, people who do not root for the Red, White n’ Blue don’t like them. They actually hate them. One of them is the commissioner of the NFL himself, and Bill still doesn’t care. These days mainstream media outlets love to target them every chance they get. This is one of those times…

77 days ago Bill Belichick decided to trade his future signal caller for peanuts. That event shocked people since he has always been a cold, calculated deal maker during his days in Boston. Pats nation has never faced such a rumor tornado before.

Why did the best coach of all time decide to do it? A few months ago, during draft time, he refused to deal with former GM Sashi Brown and the Cleveland Browns. Back then he was offered a king’s ransom for the rights of Jimmy Garoppolo and he said no. Even Adam Schefter, the premiere NFL reporter of our time, went on the record saying that the Patriots wouldn’t have traded him for 3 or 4 firsts!

So, what the heck changed half a season later for him to accept an offer of just a single second round pick from the San Franscisco 49ers?

Did his boss force his hand to deal Jimmy before the trade deadline or was he simply reassured by Tom Brady’s condition and level of play while heading into his 41st year?

Maybe he thought he couldn’t strike a long-term deal with Garoppolo’s agent (Brady’s too), Don Yee, and he’s planning on using the one franchise tag available to him on starting cornerback Malcolm Butler, whose contract is also up at the end of this playoff run.

Bill Belichick is notorious for holding grudges. Did he seek the bare minimum return out of spite or did he just put Jimmy’s well-being ahead of his own team's by sending him to a good situation under the tutelage of Kyle Shanahan?

Rest assured, all these aforementioned questions are not going to get answered… I can guarantee you that much. Foxborough is a place where whispers go to die. After so many years, that is one thing that Patriots’ mystique has taught us the hard way, so don’t count on learning what actually transpired anytime soon.

Recently, ESPN did try to shed some light on this mystery, but Seth Wickersham’s story is based on a whole lot of anonymous sources. Supposedly there is trouble in paradise. Robert Kraft, Bill Belichick and Tom Brady are at odds and are about to break up this millennium’s most successful franchise in North American sports. According to this humongous article Wickersham chose to publish, Brady’s trainer, personal guru and business partner, Alex Guerrero, is the one person creating tension in an -otherwise flawless- 18 year old professional relationship. His methods are controversial but they seem to work perfectly, at least on his primary test subject, who is by the way destined to win his 3rd MVP this year. The oldest player who does so… by 3 years! As a result, many of his teammates have turned to this miracle worker for workout advice and nutrition guidance.

The whole situation over time created an -one too many- annoying headache for Belichick, as team trainers were being overruled by an outside consultant and they were not happy. This made the head coach (and absolute boss of the clubhouse) restrict Guerrero’s access, which [per ESPN] resulted in Brady’s resentment, which in turn led him to his ultimate Power Play: going above Bill’s head, to mr. Kraft, to ask for Garoppolo to be traded out of town. That’s the story, according to Seth Wickersham and his numerous unnamed whistleblowers from the Patriots camp.

Was that story a product of actual facts and truths or was it just wishful thinking by a journalist serving under the Patriots’ greatest media critic?

Let’s not forget, not that long ago ESPN was on the front lines of the war against “cheating”, clearly targeting Brady’s character and reputation during Roger Goodell’s witch hunt, aka Deflategate. Back in those days, about three years ago, the popular frontrunning sports network made it its mission to discredit everything New England stood for. Since then we haven’t noticed any of the two sides changing their tune. So how is it possible for them to have an inside track on the Patriots’ inner circle? How likely does that sound?

I’m trying my best to lay out the facts for you. No one is above criticism these days. Belichick’s actions clearly show inconsistency to his usual practices. On the other hand, ESPN’s still banging the same ol’ drum. So can we be sure about anything? No. But we can sure about one thing: Brady seems pissed. For Patriots fans this is great, no matter the reason.

On the first chance he got, Tom didn’t look anything sort of his usual HoF self on Saturday’s divisional round game against the Titans. His use of the running back position on the passing game is bar none and the Pats’ offense now gets ready for the young and supremely talented Jaguars defense in the AFC title game. This would be the 7th straight time Belichick’s squad reaches the playoff semis, but who’s counting?

In case they fulfil their duty and knock out the inexperienced young guns from Jacksonville, they are destined to play in Super Bowl LII which will take place in Minnesota’s new stadium, US Bank Stadium. Based on my personal eye test conducted this past weekend, their opponent must be the exciting and full of momentum Vikings and their rendez vous with immortality. A surefire fan favourite among NFL lovers around the world. Because, who doesn’t love a fairytale ending? Problem is that in their way stands the Patriots’ Evil Empire, as they call it, and they live and breath for these kind of challenges. The us-against-the-world narrative will once again rule their locker room and they tend to thrive under it. So at the end of the day, don’t be surprised if Bill Belichick, Tom Brady and their 2017 armada accomplish to be hated even more by the world! They are used to it.

In the meantime, the club is also bracing for major coaching changes in the immediate future. No Giants fans, I’m not talking about Bill leaving the team. This coach stays put, as he unequivocally stated to the media as soon as the ESPN story came out. The cannot be said about his two top apprentices though.

Defensive Coordinator Matt Patricia is almost in his brand new Lions gear while OC Josh McDaniels’ flirt with the Indianapolis Colts looks to be on the finalising stages of union. That might actually be the first thing you read here today to spell trouble for a team used to continuity. In the past, when coordinators decided to move on from the Pats, the team had trouble coping and that’s not the best situation for a team whose window is closing sooner or later.

Brady looks good now but the eventual decline in his game will soon be a reality in Foxborough. We might have even got a glimpse of what that will be like in the final five games of the regular season, when he had an abysmal (for his HoF standards) 83.6 passer rating with a pedestrian 6-5 touchdown-to-interception ratio. We can’t safely evaluate these average outings yet since we are not sure of his physical status. The rumors about him dealing with shoulder and achilles injuries in the latter parts of the season are still alive and kicking. Even Gillette Stadium allows this kind of information past its walls after season’s end. So don’t be sure about anything…

Regardless of the situation and what the team’s next chapter will look like, the ESPN story in question did have several valid points but its premise was false. No, the sky isn't falling in Foxborough. On the contrary, everyone is on their business-as-usual mode heading into Championship week. The Patriots are not going anywhere, as long as their dynamic trio stays intact. They will keep winning division titles, keep making it to conference title games and win the occasional Super Bowl every couple of years. People will keep on hating them and they still won't care. 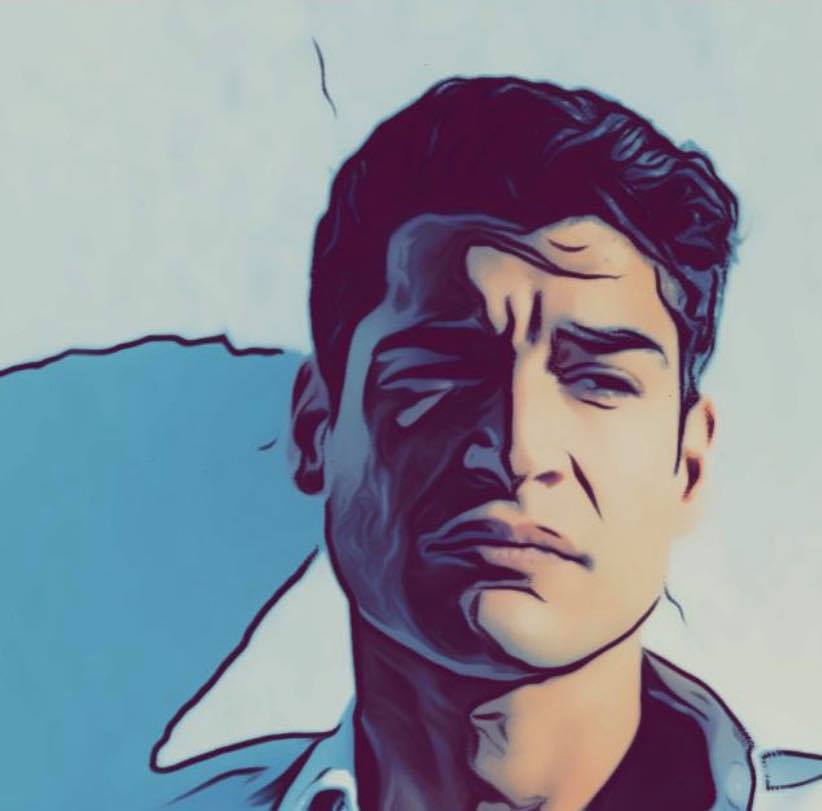 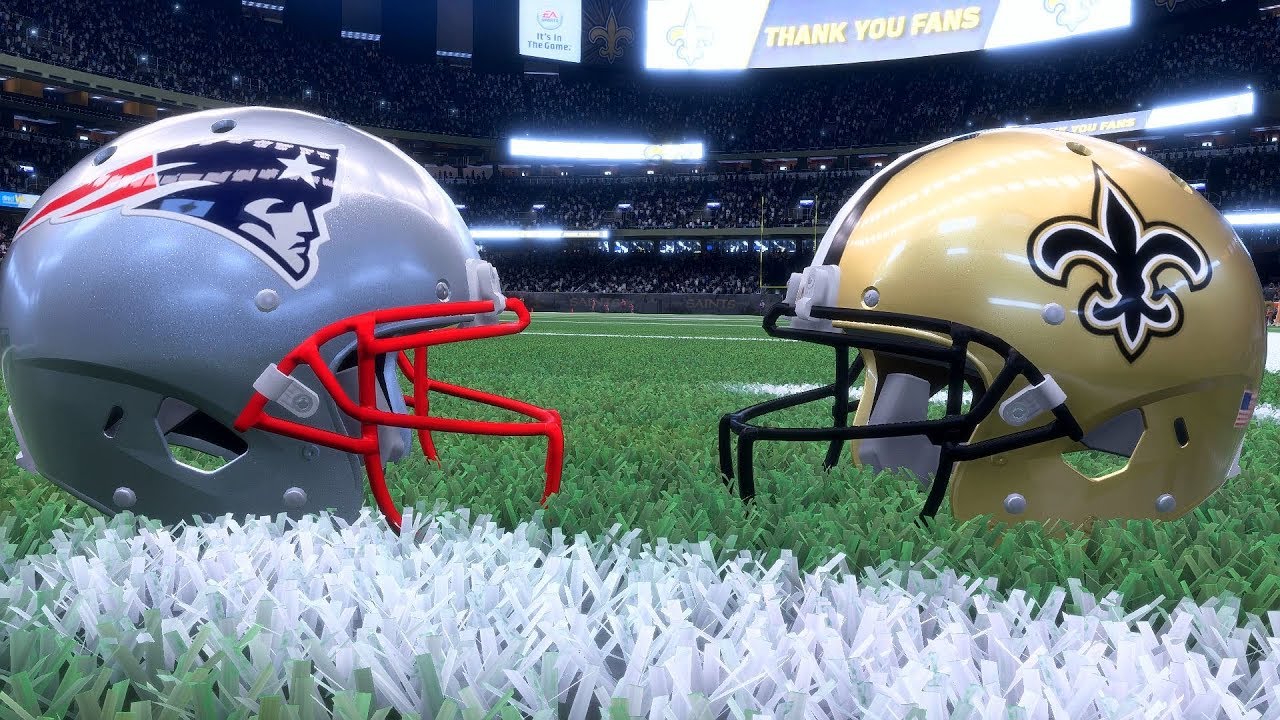 WHAT IS THE FUTURE HOLDING? 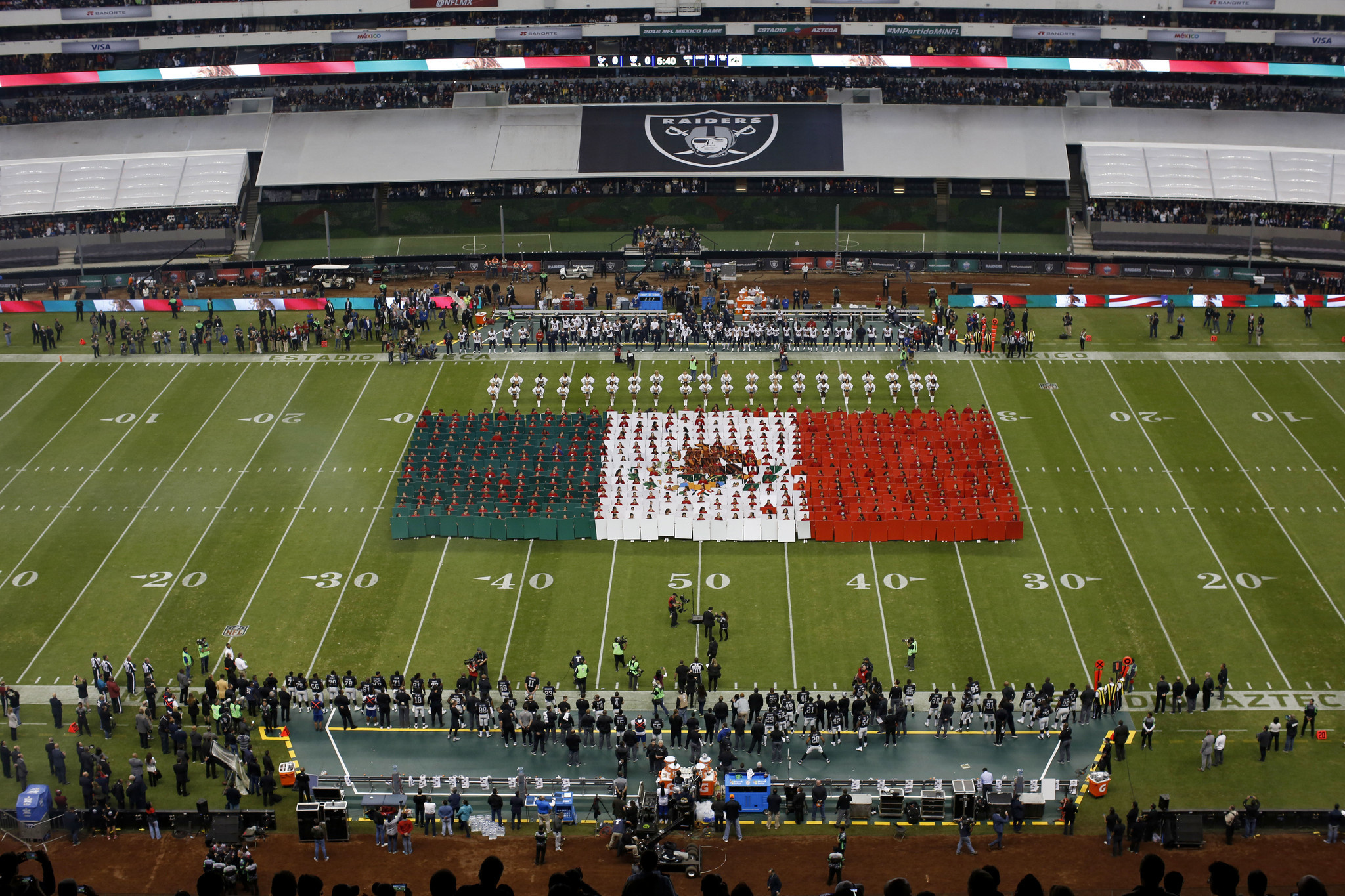 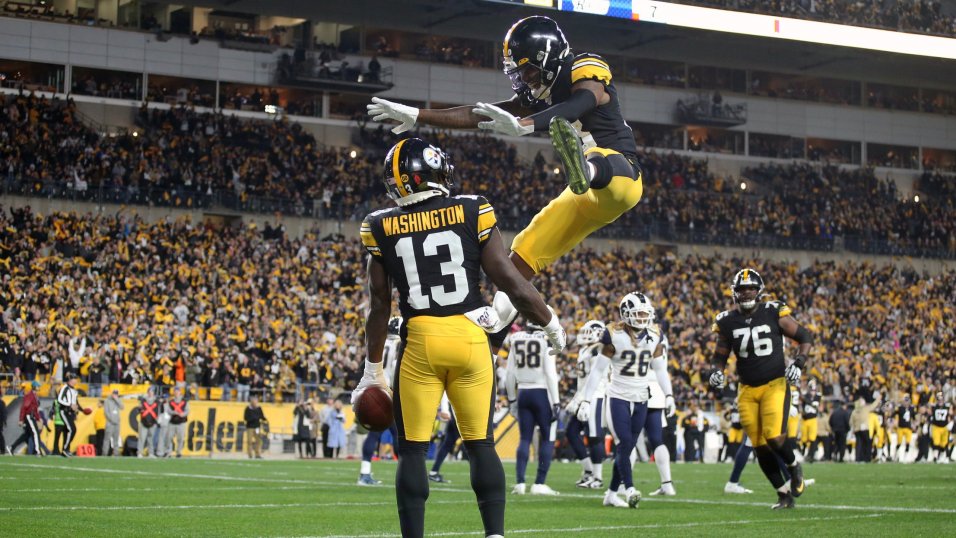 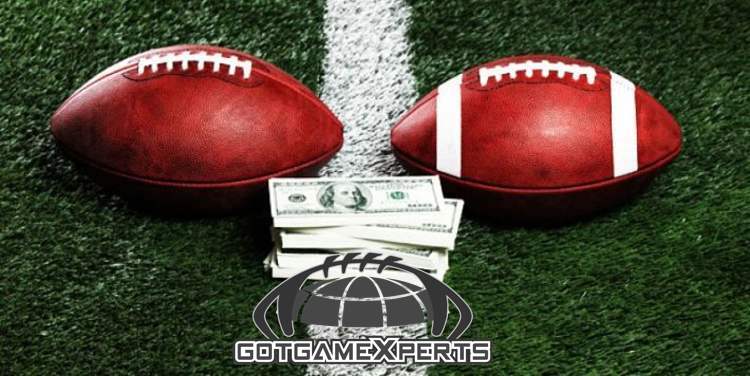 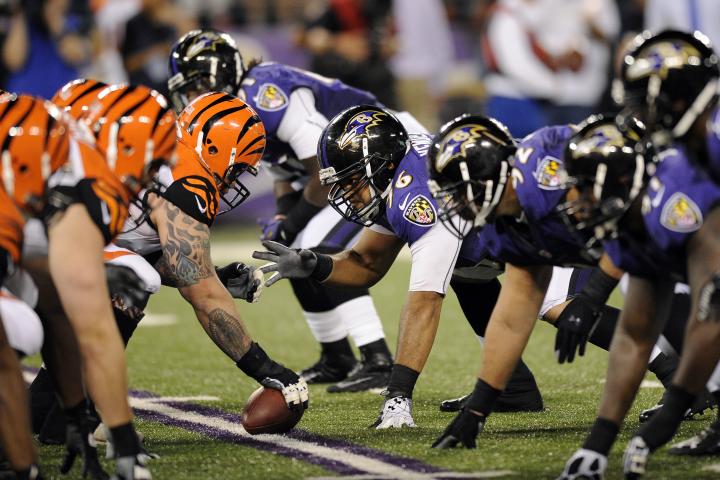