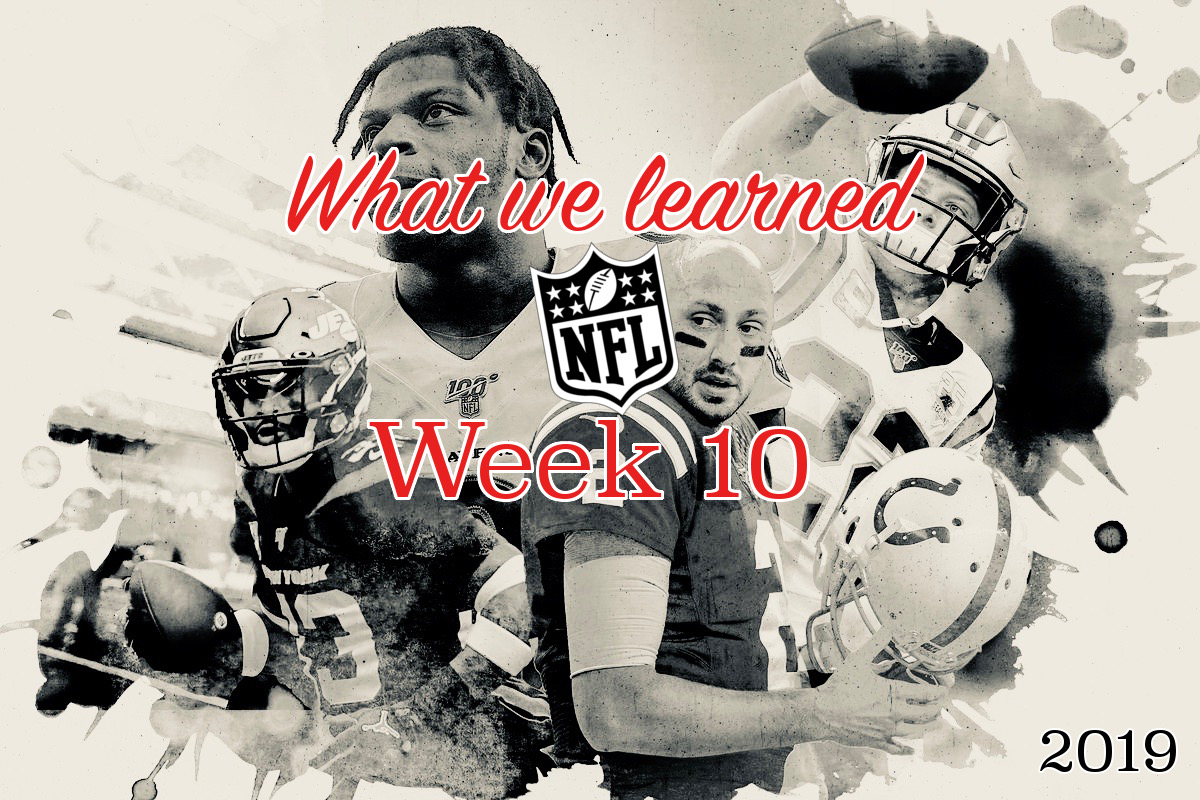 What we've learned from NFL’s Week 10

Every week as we approach December is most significant. The games are more important and the margin for error thin. We had great games this week with drama all around. Kickers failed, quarterbacks thrived, defenses held. And the playoff picture is blur. We are heading for a heated battle in both the AFC and th NFC.

Let's see what else we 've learned from the tenth Week of the season.

It was arguably the best game od the season. Like two heavy weight boxers trading punches the two teams competed for 70 minutes in a maginificent game. The defenses were spectacular combining for 10 sacks, 7 fumbles, 2 INTs and 2 TDs. The 49ers led 10-0, then trailed 21-10. They send the game in OT where they lost a game winning field goal. Seattle (8-2) scored through the legs of Jason Myers to clinch a win in a fantastic game. San Fransisco (8-1) is no longer undefeated but still control its destiny.

It was a game with huge playoff implications. Dak Prescott played excellently (387 yards, 3 TDs) but Dallas opted to run twice inside the two minutes at the Vikings 8-yard line. The defense stopped them and prevented a precious win fir the visitors. The Cowboys (5-4) lost the advantage they had over the Eagles. Minnesota rode Dalvin Cook (183 total yards) who clearly outplayed Zeke Elliott and made a statement. They stand at 7-3, just a game behind the Packers and vying for a wild card.

It was a classic contest in classic Green Bay weather. With the snow falling the Packers jumped to a 24-10 lead through Aaron Jones' three TDs but needed a fourth-and-goal stop at their 1-yard line to prevail. Their defense gave a chunl of yards buit created two critical turnovers in a victory that pushed them to 8-2. Carolina (5-4) had another great game bu McCaffrey and saw Kyle Allen performed very well albeit for the two turnovers.

The Steel Curtain is back! Pittsburgh's defense starred in another hard fought victory that brings the team in playoff fringes. Minkah Fitzpatrick scored in a scoop fumble and had the game clinching interception. As long as the defense is shutting down opponents and Mason Rudolph avoids mistakes the Steelers (5-4) have a chance. We cannot say the same thing about the Rams (5-4). Their offense is not working primarily because of the big problems they have in the OL. Without Cooks and with Kupp not having a catch it is almost impossible for them to function.

Wow! Lamar Jackson is the most electric playmaker in the league and his highlight 47-yard touchdown run punctuates his incredible abilities. He made a case for MVP also through the air, having a perfect game (15/17, 223, 3 TDs) and Baltimotre (7-2) is chasing the Pats for home field advantage at the playoffs. The Bengals are the lone winningness team in the league (0-9) and they will evaluate Ryan Finley for the rest fo the season.

Cleveland absolutely needed this game and Baker Mayfield delivered. He had a strong performance (26/38, 238, 2 TDs, no picks) and orchestrated the decisive last drive that ended with a TD pass to Higgins. The Browns (3-6) had two other drives stalled inside Buffalo's 5-yard line earlier but this time they found a way to win. The Bills (6-3) couldn't generate much offense but had a chance to tie the game until Steven Hauschka missed a 53 yarder.

The difference was the QB play and surprising it was in favor of Chicago. Mitchell Trubisky engineered three touchdown drives and played mistake - free football. He had only 173 yards but passed for the three scores and didn't turn the ball over. On the opposite side for the first time since week 17 of 2010 it wasn't Matthew Stafford. The Lions' signal caller has a back injury and missed the game. Jeff Driskel played OK but he is not Stafford. Chicago (4-5) is looking at a wild card while Detroit (3-5-1) is looking into Stafford's health.

What a game! Patrick Mahomes (446 yards, 3 TDs) was back with a thunder but it was Ryan Tannehill who stole the show. The veteran signal caller orchestrated a winning last drive through his legs and his arm finding Humphries for a 23-yard score and converting the 2-point conversion. The drive came after KC botched a FG and took a penalty for intentional grounding. Mahomes brought his team back with a chance to send the game in OT but Butker's kick was blocked.

We didn't expected that for sure. The 7-1 Saints came out of a bye against the trembling 1-7 Falcons. Atlanta played a perfect game with the defense creating havoc and generating 6 saks (they had 7 all season). Grady Jarret (2,5 sacks) was a beast and the best player on the field. Dan Quinn needed a response like that from his team. Sean Payton now needs to see his team's response.

The Battle of New York was entertaining considering it was a contest between two bad teams. The Jets defense made all the difference with Jamal Adams stripping the ball from Daniel Jones for a score and with constant pressure on the rookie QB. Jones had a good game (26.40 for 408 yards and 4 TDs) but got little help from his defense. Sam Darnold played a mistake-free game (19/30, 230, 1 TD) guiding his team to its second win of the season (2-7) while the Giants lost for the eighth time (2-8).

Another wild game with two former Heisman winners going head to head. Jameis Winston (30/48, 358, 1 TD, 2 INTs) got the win for the Bucs (3-6) while Kyler Murray (324 yards, 3 scores, 1 pick) ended on the wrong side. It was a fierce battle with turnovers, big plays and a big smile from Bruce Arians which bested his former team.

The Dolphins are on a streak! The Dolphins are on a streak! Miami (2-7) produced the biggest surprise of the season by beating the Colts (5-4) in Indianapolis. The Dolphins, led by veteran Ryan Fitzpatrick demonstrated heart and willingness. Their defense intercepted Bryan Hoyer three times and kept the depleted Colts in check. Indy without Brissett, Hilton and Campbell couldn't produce enough offense and now is in trouble.

This rivalry is 60 years old and the last game played in Oakland was a classic. The two teams traded haymakers all night and Josh Jacobs delivered the knock out punch for the Raiders (5-4) followed by their third pick of Philip Rivers to seal the win. LA (4-6) couldn't generate pressure on Derek Carr (21/31, 218, 1 TD) and paid the price. 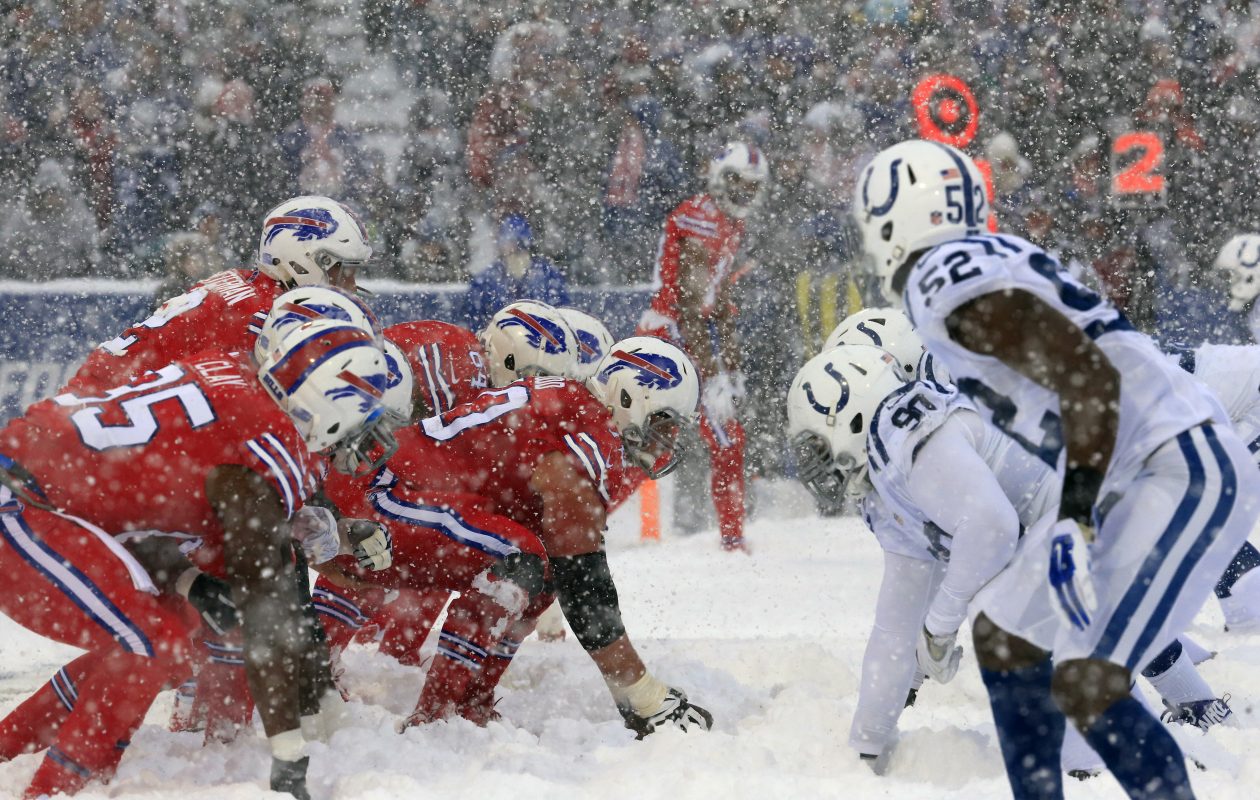 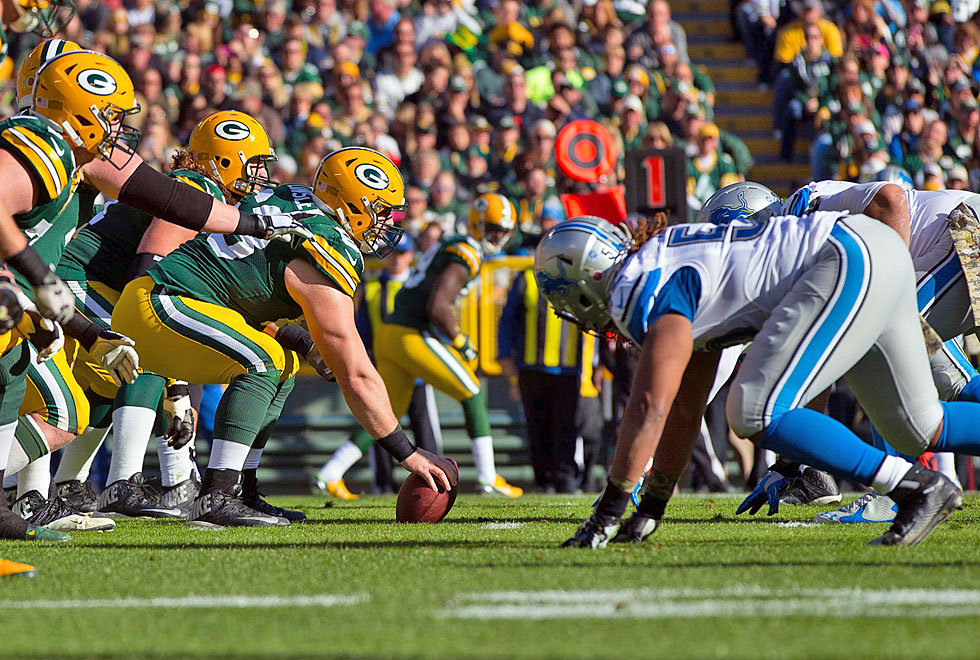 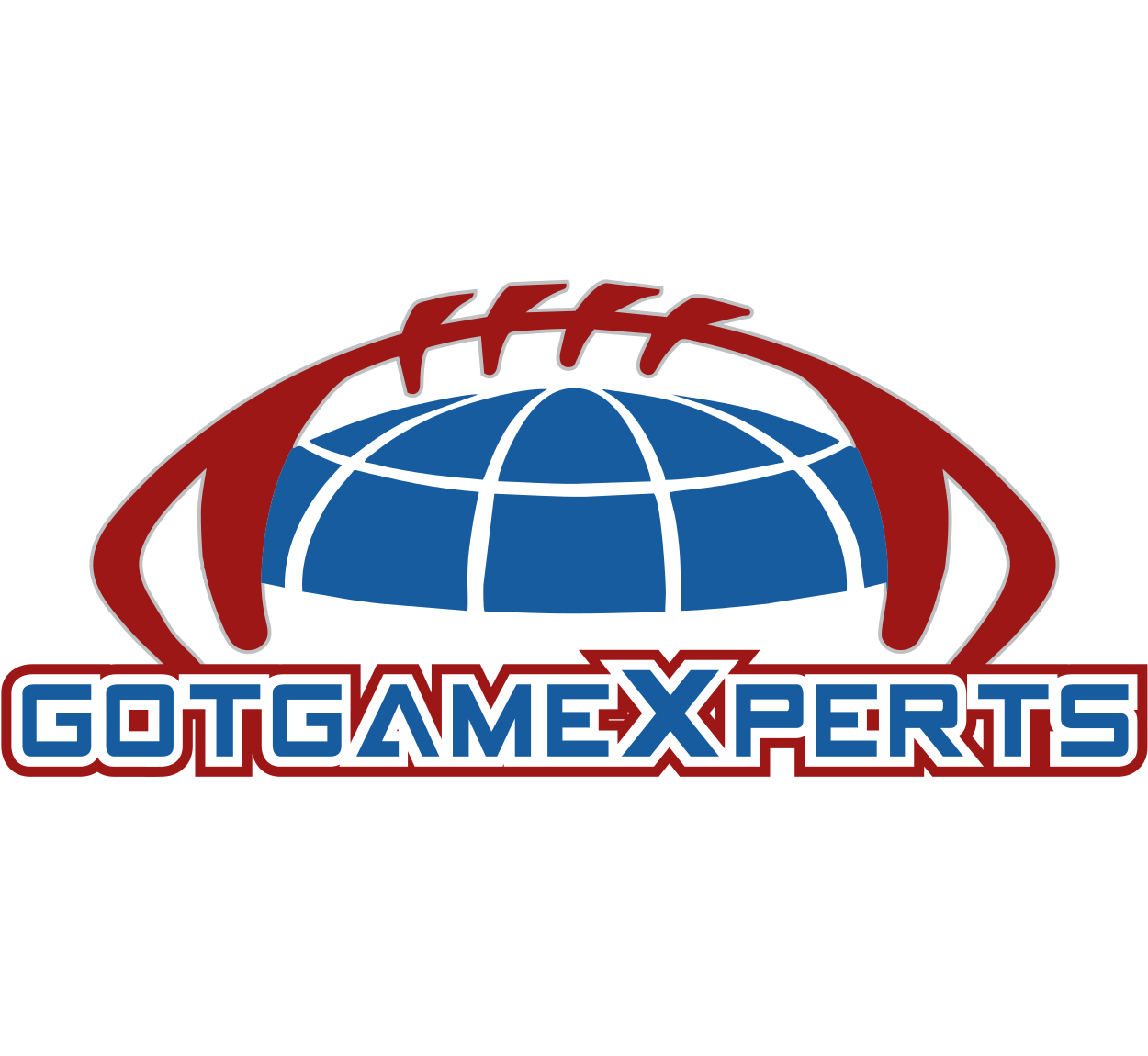 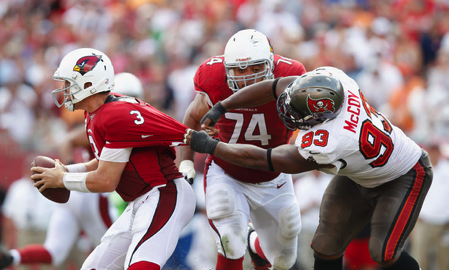 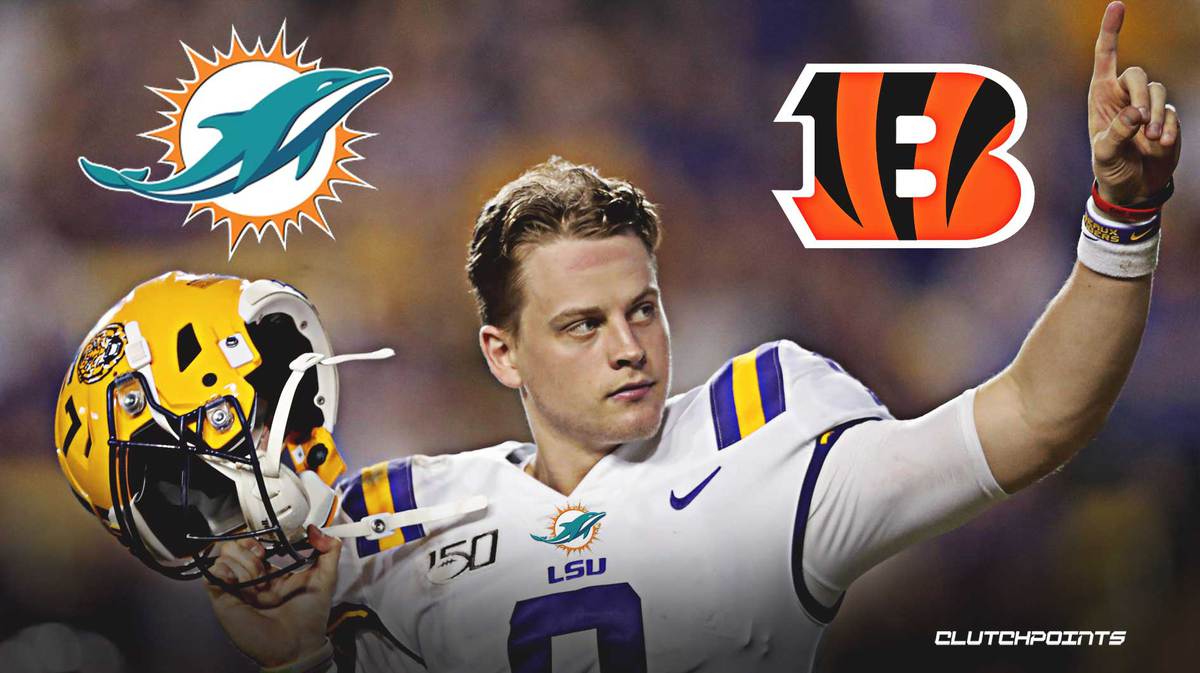