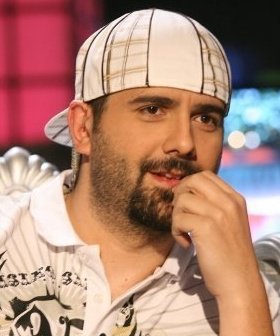 Dj Rico - aka Vaggelis Serifis - aka the Coroner -  aka the Hammer was born and raised in Athens in the mid 70s. Grew up in the carefree 80s and enjoyed the musical perfection of the 90s. His youth was a constant battle of who wins his attention: Education, sports or music. He ended up including all of the above in his life.

A graduate of Philosophy, Vaggelis sure likes reading, writing and teaching. A streetballer for life the Coroner sure barries them 3s from the ark. And although classicaly trained, Dj Rico can move the crowd while making more hits than a hammer in the Greek music industry.

All those aspects lead to the unavoidable love at first sight with the wonderfull world of the NFL somewhere in the early 00s. Needless to say from that point on he dedicates his life to turning the most exciting sport in the world into a household name in his native country. A big football historian, fantasy football failure, could ve been All pro tight end, Vangelis now joins the GGX team making internet life way more exciting.

He loves black and white flicks, cooking, talking politics and talking on the phone while driving. He hates selfies, LeBron James and when football is called rugby. Compares it to when people call Chewie a walking bear. BigNY Giants fan, sometimrs can be delusional enough to think that Colin Kaepernick might end up with his favourite team. Stay tuned so u read his articles and catch his podcasts.